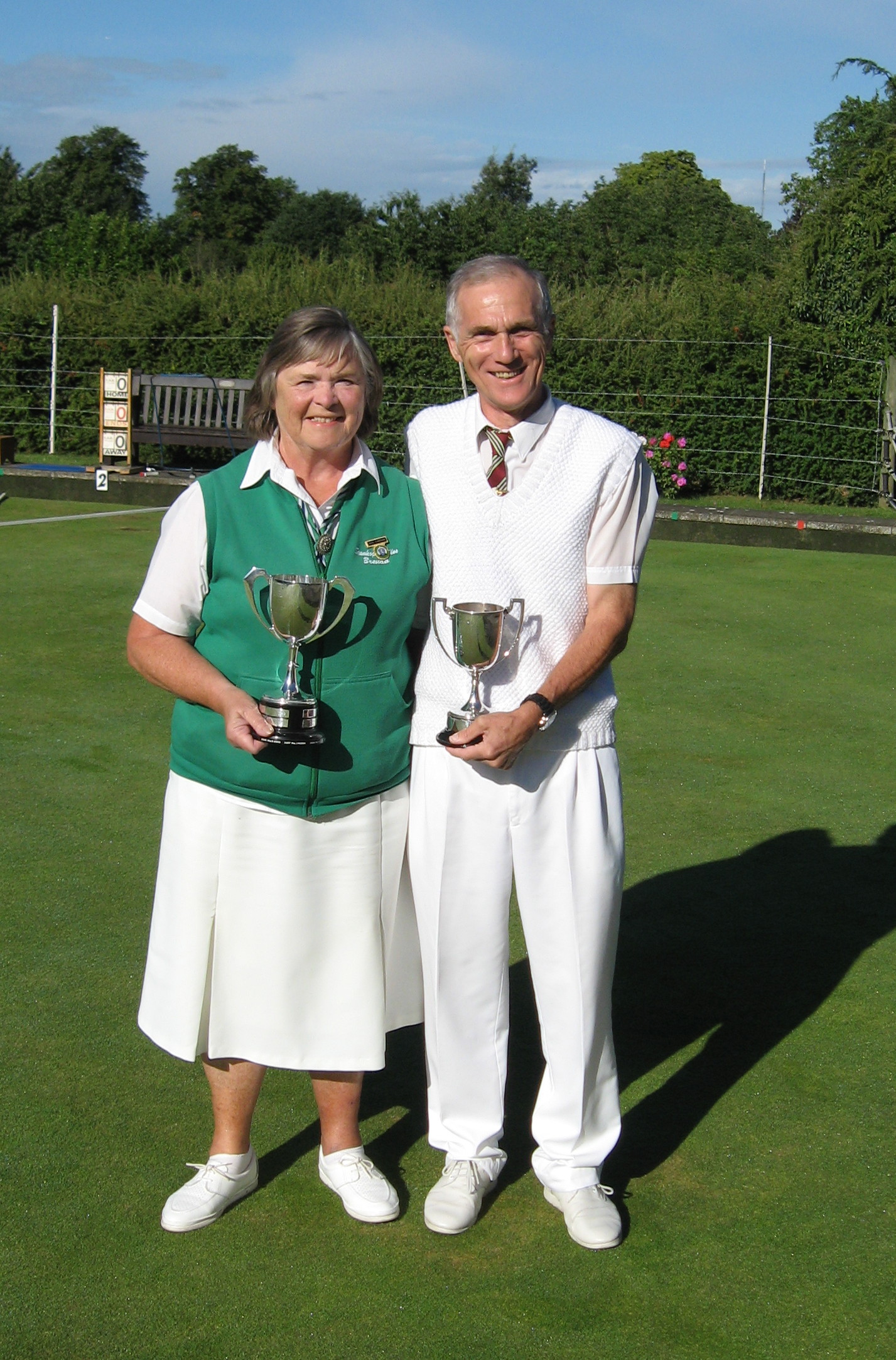 We had wonderful weather for our 2018 Finals Weekend on the 1st and 2nd September, enjoyed by players and spectators, many thanks to all the people who set out the rinks/Markers/Score Board Turners/ tea makers and food providers.  Here are the results:

The Men's Championship was contested by David Wood and Bill Simpson.  After a close game David once more took the winner's cup.