The Croydon Road Recreation Ground was opened in 1891 and the game of bowls was introduced to Beckenham by the Beckenham Quoits Club who 'pitched' in the recreation ground. In 1899 Charles Terry and Walter Dennis persuaded the superintendent, George Baxter, to mark out with a tennis court marker two bowls rinks. These rinks were ready for play by the spring of 1900.

The club was then formed with a membership subscription of 3 shillings and it received the councils approval in 1901. Initially it was called the Beckenham Quoits and Bowling Club and certainly remained so until  and including the summer of 1902. However the council minutes of 1903 show the name as Beckenham Bowling Club  and so it would appear that by then quoits was no longer played.

In 1989 Stanhope Ladies Bowling Club joined us but decided to retain their identity. Their club was formed in 1947 playing at the recreation ground in Stanhope Grove. The green was shared with Eden Park Mens Bowling Club  which disbanded in the 1970's.  Over the years the club became quite successful and a number of ladies became Kent County badged players. One of the early members, Mrs Warman, became chairman of the Kent County Association. Unfortunately the bowling green was subject to a certain amount of vandalism, a shelter beside the green being burnt down, and so it was decided to leave Stanhope Grove and join with Beckenham Men and since many of their members were wives of Beckenham members "it seemed the obvious thing to do." 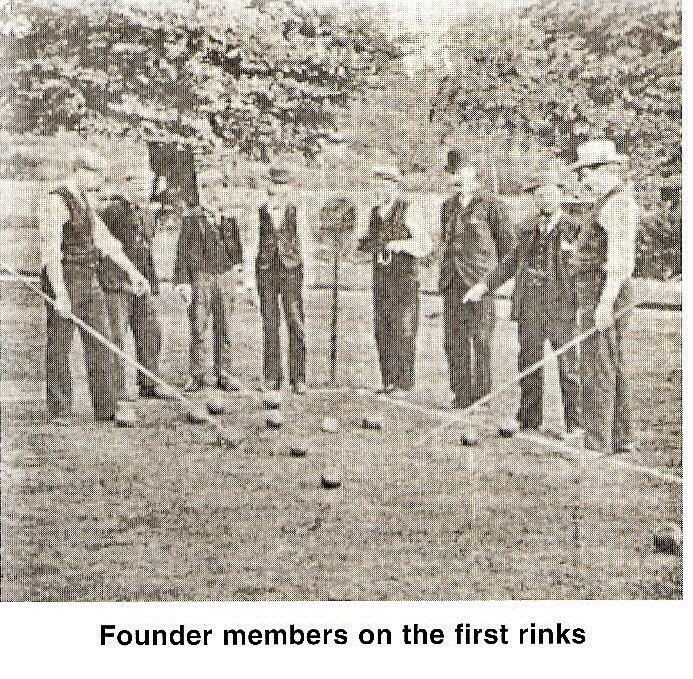